Read the jumbled text below and reconstruct it in a coherent /logical manner.
There is a stock of some 600.000 bound volumes, and the library subscribes to almost 4,000 current periodical titles. On-line searching of abstracts and indexes on computer files can be arranged. A separate short loan collection contains books most in demand by students on taught courses. Books which are not in stock may be obtained for readers on inter-library loan, and facilities for photocopying from books and journals are also available. Special collections include the Overstone Library, the Stenton Library, the Finzi Book Room and the Cole Library of Early Medicine and Zoology. In addition the library houses the University Photographic Department and Bindery. Postgraduates may borrow up to 12 books at a time for a period of six weeks. The University Library has three branch libraries, all of which are open to all members of the University. The main library is open during the term from 9 a.m to 10.15 p.m. Mondays to Thursdays, 9 a.m to 7 p.m on Fridays, 9 a.m to 12.30 p.m on Saturdays, and 2 to 6 p.m on Sundays. The library distributes leaflets which give further details of its services and can arrange guided tours of the library for new students. Any changes are posted on the library notice board. The newly extended and carpeted library offers pleasant working conditions for students.

Choose ONE topic to write about from the list below. You are advised to write clearly and effectively, to spell and punctuate correctly, and to ensure that your writing is appropriate in style and content to the topic chosen. Avoid obscene language and do not disclose your identity. You should write between 500 and 550 words.
(a) It was the morning before I turned 18. I woke up to find a long limbless object crawling slowly towards the foot of my bed… Continue the story.
(b) If you were the president of your country, what would you do to stop the mass exodus of trained personnel and youths to foreign countries?
(c) Flowers.
(d) National holidays in Cameroon.
(e) Girls should be heiresses. Do you agree?
(f) Write a story, a description or other form of composition suggested by one of the following pictures. Your composition may be directly about the subject of the picture or take some central suggestion(s) from it. There must be a clear connection between the picture and your composition. 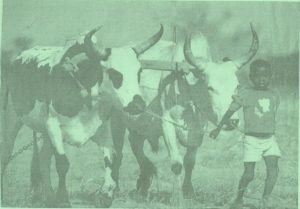 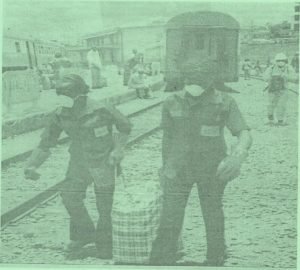