Indirect rule was a system of governance the British and French used to control parts of their colonial empires. These colonies were particularly in Africa and Asia. After sharing Africa in Berlin conference, the European colonial powers faced with the challenge of how to own and control them.  France opted for assimilation policy while British opted for the indirect rule policy. 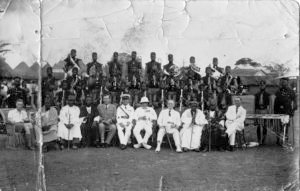 The entity called Uganda today is a British creation, with the name itself derived from “Buganda”, a kingdom that existed for about five centuries before the coming of the colonialists.

As in  Nigeria, the British applied Indirect rule in Uganda using Buganda as their base under Frederick Lugard rule. This was motivated by the strategic importance of River Nile whose source was partly in Buganda. Then Uganda became a British protectorate from 1894 until 1962 when independence was granted. From the early 20th century, Britain secured the source of the River Nile by controlling leaders in the region through which the river snaked its way. The British were faced with the challenge of inadequate personnel and limited resources.

They established different systems of administration over the same whole protectorate. The first alliance with Buganda was in a military expedition against King Kabalega of Bunyoro-Kitara kingdom. Then followed by negotiations for a treaty with Buganda chiefs which resulted in the signing of the 1900 Buganda agreement. The agreement rewarded the chiefs with grants of freehold land and rewarded Buganda by giving them administrative control over Bunyoro’s annexed land as a result of the latter’s defeat.

Once the system established in Buganda, it was then extended to other parts of the country.

6 comments on “Indirect rule in Uganda”

We use cookies on our website to give you the most relevant experience by remembering your preferences and repeat visits. By clicking “Accept”, you consent to the use of ALL the cookies.
Cookie settingsACCEPT
Manage consent

This website uses cookies to improve your experience while you navigate through the website. Out of these, the cookies that are categorized as necessary are stored on your browser as they are essential for the working of basic functionalities of the website. We also use third-party cookies that help us analyze and understand how you use this website. These cookies will be stored in your browser only with your consent. You also have the option to opt-out of these cookies. But opting out of some of these cookies may affect your browsing experience.
Necessary Always Enabled

Performance cookies are used to understand and analyze the key performance indexes of the website which helps in delivering a better user experience for the visitors.

Analytical cookies are used to understand how visitors interact with the website. These cookies help provide information on metrics the number of visitors, bounce rate, traffic source, etc.

Advertisement cookies are used to provide visitors with relevant ads and marketing campaigns. These cookies track visitors across websites and collect information to provide customized ads.

Other uncategorized cookies are those that are being analyzed and have not been classified into a category as yet.